Casa Couture is a lifestyle footwear company dedicated to celebrating style while empowering women. Designing and selling functional and fashionable shoes, Casa Couture believes women and mothers hold the future—both for our communities and our economy.

Celebrated by WWD, The Bump, and ABC News, Casa Couture launched in 2011 with beautiful shoes that self-adjust and customize to your unique foot shape. The company has been heralded for revolutionizing the footwear industry through the introduction of their patented, expandable footwear technology for women and children.

Casa Couture is committed to its partnerships with non-profits that support Moms and families. 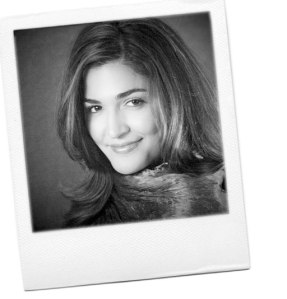 The defining moment of the company occurred while Claudia was shoe shopping with her best friend who was six months pregnant. She desperately needed footwear that would accommodate her painful, swollen feet that no longer fit into regular shoes. The goal was to find a few stylish pairs her friend could wear to her baby shower, work and other occasions. To Claudia’s surprise, this proved a difficult task, as pregnant feet and designer shoes were apparently mutually exclusive. Six stores and three hours later, Claudia’s friend was left to resort to flimsy flip-flops that provided no support and didn’t match the stylish garments she normally wore. Astounded by this reality, Claudia was forced to ask the question: Why aren’t there any stylish and expandable shoes on the market? From that moment on, Claudia made it her mission to fill that void. She simply couldn’t accept the fact that women, pregnant or not, were limited to wearing non-supportive footwear or suffering through the pain of tight shoes.

Claudia was motivated by her friend’s struggle to eventually fuse her passion for shoes and the economic advancement of women into a successful business.

Despite her professional successes, Claudia remembers all too well her own childhood spent in South America and how the generosity of strangers helped lift her own family out of poverty.

Ms. Espinola currently resides in Boston, working on building and expanding the Casa Couture brand while serving on the Board of Directors of various non-profits.

Casa Couture is headquartered in Boston, where it was recently identified as one of the Top 17 high-growth, high-impact businesses in the world by Mass Challenge, the largest Global business competition and accelerator program.